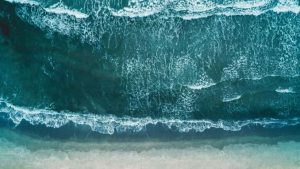 A series of tests using drones at a wind farm in the North Sea has been finalized, giving us another illustration of how technology can improve the renewables sector.

The tests were done at the 309 megawatt Rentel offshore wind farm by DEME Offshore and Sabca, a Belgian aerospace firm.

According to an announcement made by DEME Offshore this week, the trial centered on areas including turbine inspections, environmental surveys and parcel deliveries.

A part of the tests involved an automated drone being used to execute a search and rescue demonstration, where it used infrared detection to find its target before releasing a life buoy into the sea.

‘We are convinced that these innovative, advanced technologies, which focus on fully autonomous operations without the need for any vessels and people offshore, have a game-changing potential to increase safety, lower the impact on the environment in the O&M phase of a project and reduce the overall costs’, said Bart De Poorter, General Manager at DEME Offshore. ‘O&M’ refers to operations and maintenance.

Particulars of the trial at the Rentel facility comes just after an announcement made last week that UK researchers were trying to locate sites for marine energy installations using drone technology.

The project runs for 12 months and is supervised by scientists from the University of the Highlands and Islands in Scotland. It also involves researchers from Bangor University and Swansea University.

According to UHI, drones will be used to ‘film the movement of water, then apply algorithms to determine its speed’. The team will carry out tests in different weather conditions in Ramsey Sound, Wales and Pentland Firth, Scotland.

The general idea behind the experiments is that drones could be a cheaper and more narrowed approach to detecting potential spots for the installation of tidal turbines, compared to current methods which are seabed sensors and survey vessels.

The use of drones in the energy sector is no new feat. In 2019, UK researchers announced their development of autonomous drones to inspect offshore energy sites.

In 2018, Air Control Entech and the Oil & Gas Technology Centre launched three drones with the ability to livestream offshore inspections and carry out three-dimensional laser scanning and ultrasonic testing.