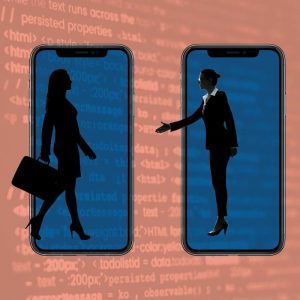 While the pandemic led to an exponential increase in remote working and more attempts for hackers to exploit systems, it inadvertently led to an increased need for cyber security analysts.

‘People are starting to understand the role of cyber security in a business, there is much more interest’, says Clar Rosso, Chief Executive of (ISC)2, a nonprofit group specializing in cyber security training.

According to a survey done by the organization in April-June 2020, there is a need for about 3.1m people in cyber security globally. 22% of companies reported a shortage of cybersecurity during that period.

Jane Frankland, a veteran cyber analyst believes the best way to resolve this issue is to narrow the talent gap, by hiring more women who make up just one-fourth of the employees in the sector, according to data collected by (ISC)2.

‘Cyber is historically a very male-dominated industry’, Ms Frankland says, ‘and as it has been very technique-focused, it can feel intimidating to women’.

Some organizations have attempted to encourage the participation to young women in cyber to fill the gap: the government of the United Kingdom launched a CyberFirst Girls Competition in 2017.

According to Emily Stapf, US cyber security leader at PwC, the financial services group, ‘There is plenty of talent, but companies need to create a culture and opportunities to keep the few women they have’.

She argues that hiring and retaining women could contribute greatly to the advancement of cyber security. ‘Many women have a risk management, think differently about balancing tasks and are able to sort through the noise to identify a threat. Those skills are essential’.

Carolyn Crandall, Chief Security advocate and Chief Marketing Officer of Attivo Networks, a cyber security group postulates that, ‘the creation of programmes which, for a period of time, could subsidize the payroll of female graduates or women who are looking to change careers’.

‘The women involved will gain valuable skills and experience that could help the advance in their cyber security career and add value to their employers’, she adds.

Ms. Crandall believes that the industry should ‘be more welcoming to women who are beginners or on a learning curve. Too much criticism and a perception that one cannot succeed is a huge deterrent and can cause women to give up. Providing a teaching environment and taking the time to educate women interested in learning will pay itself back in spades’.

The inadequate number of cyber security analysts, notwithstanding their gender is a consequence of organizations giving more importance to the revenue-making sections of their businesses and delegating cyber security activities to IT.

‘Historically, cyber security grew out as a sub function of IT teams’, says Ms. Stapf. ‘It has evolved since to be considered a corporate risk imperative, but some companies still lag behind.’

According to a global survey conducted by IBM Security, the US tech company’s cyber security arm, cyber attacks cost companies an average of $3.9m.

While most companies see the need for sturdy defence teams, they believe finding the appropriate candidates is a challenging task, taking into consideration the technical abilities and proper certifications required for the role.

John Watts was recently hired in September as a cyber security analyst for a US government agency in Alabama immediately after his graduation. With a starting salary of $75,000, the 23-year-old says his choice in a career in cyber security has left him feeling ‘very confident in my job prospects (for the future).

The field of cyber security is relatively new and not a lot of educational institutions have cyber security programmes, a lot of cyber experts have switched to careers in software engineering.

That is the case for Dhruv Ahuja who worked as a liability engineer before moving to a role in cyber security role. ‘I had a knack for it and I had been working with similar software for 10 years so it was a natural, lateral move’, he says.

According to Mr. Ahuja, jobs in cyber security are secure and relatively high-earning for those with the skills. ‘It is a great job to have’, he says. In the last year, there has been a 15% increase in the amount of people taking cyber security exams compared to 2019. ‘It’s a growing field’, says Ms. Rosso.

Regardless of reducing their hiring percentage due to the pandemic, Ms. Rosso believes that companies are likely to increase their spending on cyber teams this years. ‘It has been a pivotal year with many security incidents shining a light on the need to invest in tech and staff. I think we are going to see a lot of hiring happening in 2021’, she says.

For some companies, cyber security has advanced from being a strictly reactive technical-minded field to a more thoughtful and innovative part of the business according to a 2020 PwC global digital trust survey.

According to Mr. Watts, the new employee, things are looking good for women in the industry. ‘My director is a female and I think we are going to see more and more women in these roles. They bring in such great viewpoints. We need them’.