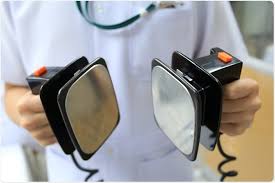 At the Smidt Heart Institute in Cedars-Sinai, clinician-scientists have developed a clinical algorithm which differentiates between treatable and untreatable sudden cardiac arrest.

Their findings were published in the Journal of the American College of Cardiology: Clinical Electrophysiology. The key risk factors identified in their study has the potential to improve prevention of sudden cardiac arrest— unexpected loss of heart function.

Sudden cardiac arrest claims over 300,000 U.S. lives every year. 90% of those affected will die within 10 minutes of the cardiac arrest.

The best way to treat this fatal condition is to prevent it. The biggest challenge is differentiating between those who could benefit from an implantable cardioverter defibrillator and those who wouldn’t benefit.

‘All sudden cardiac arrest is not the same. Until now, no prior research has distinguished between potentially treatable sudden cardiac arrest versus untreatable forms that cause death in almost all instance.’ Sumeet Chugh, MD, Director of the Center for Cardiac Arrest Prevention and the study’s lead author.

‘Defibrillators are expensive and unnecessary for individuals with the type of sudden cardiac arrest that will not respond to an electrical shock,’ said Chugh. ‘However, for patients with treatable, or “’shockable” forms of the disease, a defibrillator is lifesaving.’

Chugh, also the Pauline and Harold Price Chair in Cardiac Electrophysiology Research, says this new study creates a new clinical risk assessment algorithm which can more accurately identify patients with the highest risks of treatable sudden cardiac arrest. This would aid better understanding of patients who would benefit from a defibrillator.

The risk assessment algorithm includes 13 clinical, electrocardiogram and echocardiographic variables which could put a patient at higher risk of treatable sudden cardiac arrest.

‘This first-of-its-kind algorithm has the potential to improve the way we currently predict sudden cardiac arrest,’ said Eduardo Marbán, Executive Director of the Smidt Heart Institute and the Mark S. Siegel Family Foundation Distinguished Professor. ‘If validated in clinical trials, we will be able to better identify high-risk patients and therefore, save lives.’

The research study made use of data from two ongoing multiyear studies Chugh founded— the Oregon Sudden Unexpected Death Study and the Ventura Prediction of Sudden Death in Multiethnic Communities (PRESTO) study.