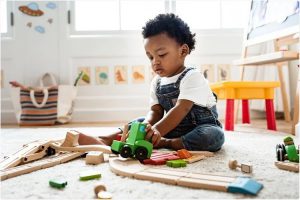 In the U.S. alone, 1 in 5 children are diagnosed in Autism Spectrum Disorder (ASD). It is a complicated developmental condition involving challenges in social interactions, nonverbal communication, repetitive behaviors and speech. Early diagnosis is vital for therapy and treatment.

Researchers at Duke University in Durham, North Carolina, USA made use of computational methods based on a computer vision analysis and a smartphone to help detect early signs of ASD.

The study which was published in JAMA Network identified particular eye-gaze patterns making use of a mobile device application in a tablet or smartphone. This method helps distinguish toddlers with ASD.

The mobile app allows the child to watch short videos and tracks its gaze, detecting ASD with a 90% accuracy.

Some ASD children may require assistance in their day-to-day lives; others may not. Their thinking and learning abilities ranged from gifted to severely-challenged.

Common signs and symptoms include lack of eye contact, inattention to people, slow in response to the calling of their names, facial expressions which do not match their spoken words and difficulties in comprehending another person’s actions.

People with ASD may also display repetitive behavior, focused interest, tantrum for slight changes to routine and being sensitive to stimuli like temperature, noise or light. Toddlers with ASD tend to prefer to look at objects than at people. It is common with children as young as 17 months later diagnosed with autism.

The study emphasizes the need for technology-based detection tools for ASD at an early age. Children will be given the adequate support and treatment more promptly.

The researchers conducted a study in prospective primary care clinics between December 2018 and March 2020. They likened toddlers with and without ASD.

Over 1,500 caregivers of toddlers were invited to participate during a well-child visit. 993 toddlers completed the study measures, including children between 38 months and 16 years of age.

The children were first screened using the Modified Checklist for Autism in Toddlers during routine care.

The team made use of computer vision analysis to identify toddlers with probable ASD that quantified eye-gaze patterns elicited by the app. The results were compared between toddlers with ASD and those with typical development.

The app was designed to aid health practitioners decide if a child should be referred to a pediatric specialist for a formal diagnostic evaluation.

The team discovered that distinctive eye-gaze patterns were detected in toddlers with ASD, characterized by reduced gaze to social stimuli and social moments during videos or movies. Each child took a test for less than 10 minutes where three videos were shown— an adult playing with a toy or two adults conversing and two control videos showing a puppy or floating bubbles.

The camera of the phone or tablet records the child’s gaze as they watch the clips. From there, the researchers referred 79 children to specialists for an autism evaluation. Of the 79, 40 of them were later diagnosed with ASD.

The ASD-diagnosed toddlers spent more time looking at the videos with toys than at the person playing with them. The team also observed that the children with ASD didn’t follow the conversation as closely as the non-autistic children.

‘The app reliably measured both known and new gaze biomarkers that distinguished toddlers with ASD versus typical development,’ the researchers noted in the study.

‘These novel results may have the potential for developing scalable autism screening tools, exportable to natural settings, and enabling datasets amenable to machine learning’, they added.