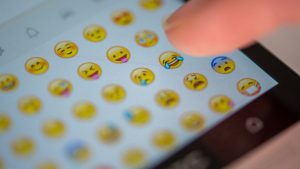 New research suggests that online abusive posts are less likely to be identified if they feature emojis.

According to the Oxford Internet Institute, harmful posts may be missed completely while acceptable posts are labelled incorrectly as offensive.

After England’s loss of the Euro 2020 final to Italy, players Bukayo Saka, Marcus Rashford and Jadon Sancho were subjects of racist abuse on social media, with the incessant use of monkey emojis.

As the Premier League begins again, it is almost certain more will follow unless social media giants can better screen this content.

The systems currently used are trained on enormous databases of text which mostly do not feature emojis. They may then find it difficult to work when they encounter the symbols online.

According to Sky News Analysis, Instagram accounts posting racist abuse with emojis were three times less likely to be shut down than those posting abusive messages with just text.

In order to resolve this challenge, researchers created a database of about 4,000 sentences which included emojis being used in an offensive manner. This database trained an artificial intelligence model to understand which message was abusive or not.

Using humans to guide the model, it learned the patterns of a hateful post.

The researchers tested this model on abuse linked to race, gender, sexuality, gender identity, religion and disability. They also studied various ways an emoji could be used offensively.

Perspective API, a projected backed by Google which provides software to identify hate speech, was only 14% effective at identifying abusive comments of this nature in the database. It is widely popular and has over 500 million requests each day.

The model created by the researchers produced a 30% improvement in correct identification of hateful and non-hateful content, and an 80% improvement relating to emoji-featured abuse.

While very progressive, this technology may not completely solve this problem. Some comments may be considered hateful only in specific contexts, like a comment as the caption of the picture of a black footballer.

Woolf Institute, a research group studying religious tolerance recently highlighted problems with hateful images. They illustrated that while using Google’s SafeSearch feature, 36% of the images shown in response to the search term of ‘Jewish jokes’ were widely anti-Semitic.

The ever-changing use of language makes this task even more herculean.

Research from the University of Sao Paulo showed that an algorithm regarded Twitter accounts belonging to drag queens as more toxic than some white supremacist accounts.

Another hindrance to solving the problem is that social media companies guard their data and software very strictly, leaving no access to the models they use for scrutiny.