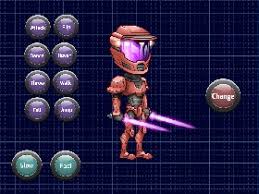 Simulators aid computer-based animators in bringing imaginary characters to life by modelling the various possible ways the object may move through a physical space. Referred to as ‘solvers’, these simulators make the work of animation much easier and faster. The challenge however, is that the solvers create too many options, making it difficult for the animator to sort through them all and find the right one.

‘A simulator can return thousands of options. It’s so time consuming to sort through them that these helpful solvers can’t be used to their full potential,’ said Purvi Goel, doctoral candidate in Stanford, who in collaboration with her mentor, Professor Doug James, developed a novel approach to narrow the search results to the most promising options.

They called it ‘Unified Many-Worlds Browsing,’ and it will debut at the upcoming SIGGRAPH 2022 Conference in Vancouver. The approach could hasten the search process and reduce the compute expense and time for animators. The researchers hope the approach will allow scientists and artists interact with solvers with efficiency and ease.

‘We’ve got this interesting conflict in the field that every year computers get faster, more parallel, and they can do more, but it’s the humans who are getting maxed out,’ said James.

Solvers are controlled by input parameters, i.e., the physical dimensions of the animated object. The solver goes through the parameters one by one and simulates the possible outcomes over time. The longer and more complicated an animation is, the longer time it takes to compute time and create simulations.

‘If you are an animator and you have some idea in mind, you have to tune those parameters manually, then sort through all the outcomes one by one,’ explained Goel.

Their proposed approach allows animators to create ‘queries’ to narrow down the options and make the process of choosing promising outcome options easier. Queries can restrict outcomes to only the ones the animator is interested in.

If tasked with animating a stuffed armadillo falling down a spiral staircase, the animator may create a query saying, ‘Show me only options where the armadillo falls all the way to and comes to rest on the lowest stair.’ If asked to animate Jell-O cubes bounding into a bowl, the animator could create a query for options where all the cubes remain in the bowl, or just one falls out.

With well-defined queries, their proposed approach could reduce thousands of possible outcomes into a few that are particularly interesting to the animator, says Goel. This framework works with fluids, smoke and fracturing solids, something previous options were unable to do.

James says the Unified Many-Worlds Browsing can be surprisingly creative. He says the browser can increase the chances of finding the ‘needle in the haystack’ the animator could never find alone.

‘We found it can help find unlikely outcomes that will surprise— or even delight— viewers by their novelty. “Oh, wow, the ball went right between those two turrets and hit this other one just perfectly,”’ said James.

The browser could also be adopted by biologists, physicists, engineers and other scientists who depend on simulations in their work.

‘Unified Many-Worlds Browsing certainly makes the animator’s work faster and easier,’ said Goel, ‘but we think it makes it more fun too.’