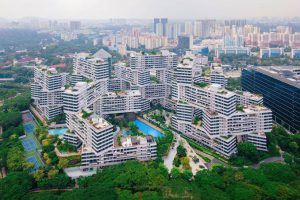 Xiao’s skills have been in high demand since his graduation in 2014 with a degree in Computer Engineering. However, since his recruitment into TikTik owner’s Bytedance company, he has been fielding off offers after spending several years with Southeast Asia’s Grab.

‘It’s not like I want to change jobs frequently’, said Xiao.

An objective of Singapore is to become a regional tech hub but they face the serious challenge of lack of talent as more firms, interviews and companies show up.

China’s Tencent, Bytedance, U.S.-based Zoom Video Communications and unicorn Grab and Sea Ltd are part of the companies being expanded in Singapore. This has led to a battle for tech talent and the jobless rate has a reached a new 16-year as a result of recession caused by coronavirus.

‘So the demand is very strong but the supply is relatively weak, which then slows down some of the expansion plans’.

According to NodeFlair, over 500 new tech vacancies are posted on job sites weekly which is helping the hiring rate of Bytedance and Sea’s e-commerce business Shopee.

Pursuant to what Cabinet Minister, Vivian Balakrishnan said in June, the information communications sector will need another 60,000 professionals over the next three years.

As a response to a query on the figure, the Communications Ministry stated that in mid-September, there were almost 10,000 tech-related job postings on a government-run careers portal, and another 6,800 jobs and traineeships would be created by June this year through industry partnerships.

Due to the coronavirus, border curbs and stricter foreign worker policies are delaying overseas hiring and extending the shortage, some headhunters said. The shortage is so extreme that some tech professionals can command pay raises of up to 30% when they switch to another job.

‘It’s not sustainable’, said Daljit Sall at recruitment firm Randstad. Sall expects the salaries to even out once the borders are reopened and the talent gap is filled.

The government has been re-training thousands of tech talented people while the intake for IT courses at colleges in Singapore has risen 17% over the past three years to about 7,600 for the 2020 academic year.

Singapore has been an Asian base for many multinationals and banks and possesses a tight labor market. The country with a population of just 5.7 million people doesn’t yet have the adequate capacity to match the tech skills and experience the country requires.

‘There are a lot of tech companies coming in and it’s a small island,’ said Raagulan Pathy, Head of Enterprise Asia Pacific at Zoom, which has plans to hire hundreds of engineers.

‘The simple maths of it means that at a certain point, you are going to run out of talent,’ said Pathy, also adding that Singapore’s programme for the allocation of visas for foreign workers was pragmatic.

Currently, the crunch in labor doesn’t appear to be putting anyone off. The Economic Development Board (EDB) is getting proposals from global tech companies interested in expanding their operations, it said.

‘We constantly seek to ensure companies who set up here have access to a strong Singaporean workforce complemented by a diverse foreign workforce,’ said Managing Director Chng Kai Fong.

The EDB has numerous programmes to fill the skill gap including one to assist tech companies to bring in talent from other countries and a new work visa for top tech executives.

The work visa was launched this month and has brought about many questions, according to recruiters. However, it is restricted to 500 participants and other criteria.

Companies are finding ways to adjust. Shopping rewards platform ShopBack has resorted to the reallocation of its workload to its current engineers to meet the demands.

Fintech firm Nium;s 250-strong engineering team is in India. Its strong team of 13 product managers is being doubled in Singapore, according to CEO Prajit Nanu.

‘I feel lucky… I spent the past few years learning and picking up a new skill’, Lee, 32, said.