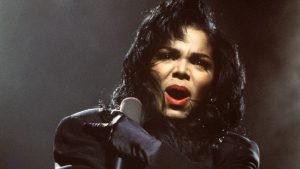 Microsoft software engineer Raymond Chen in a blog post on Wednesday, recounted that he had heard from a colleague in Windows XP product support that a Janet Jackson song could crash some Windows XP-era laptops. The blog post stated that Janet Jackson’s hit ‘Rhythm Nation’ could crash the hard drive of a model 5400rpm laptop used across various notebooks.

Microsoft was informed of the problem when a laptop manufacturer related it to them. The company initially believed that the problem had something to do with playing the music video of the song on the laptops.

However, it seemed strange to them that the music video could also crash Windows laptop created by the competitors of the manufacturers.

‘And then they discovered something extremely weird: Playing the music video on one laptop caused a laptop sitting nearby to crash, even though that other laptop wasn’t playing the video!’, Chen wrote.

Microsoft eventually determined that the issue stemmed from the natural resonant frequency of the laptop hard drives. This frequency causes the natural vibration of an object when it is exposed to a specific external force.

‘This song (Rhythm Nation) contained a frequency that matches the natural resonant frequency of the hard drive that these laptops were using,’ Chen explained. The song caused the quick vibration of the moving disks in the hard drive, resulting in the crash.

Chen reported that the laptop manufacturer addressed the problem by adding a custom filter in the audio system of the laptop which removes the resonant frequency during any audio playback. ‘And I’m sure they put a digital version of a “Do not remove” sticker on that audio filter. Though I’m worried that in the many years since the workaround was added, nobody remembers why it’s there,’ Chen wrote.

The problem has also been assigned its personal cybersecurity vulnerability designation under CVE-2022-38392.

The problem of sound vibrations crashing a hard drive has been known in the IT community for years now. Chen referred to a video made in 2008 which shows how yelling at the storage drives of a data center can increase the latency.