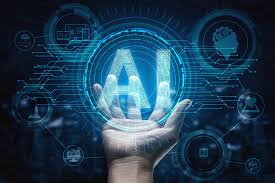 In the global debate on the handling of computer-created innovation, a Federal judge has ruled in the first American decision that a computer using artificial intelligence cannot be listed as an inventor on patents. This is because under U.S. law, only a human can be an inventor.

Federal law stipulates the requirement that an ‘individual’ take an oath that he is the inventor on a patent application. The dictionary and legal definition of an individual is a natural person. This was ruled by U.S. District Judge Leonie Brinkema in Alexandria, Virginia.

Professor Ryan Abbott of the University of Surrey Law who is running the Artificial Inventor Project is launching a global effort to list a computer as an inventor. Abbott’s team secured the support of Imagination Engines Inc. founder Stephen Thaler to build a machine solely for the purpose of inventing. Judicial precedents in South Africa and Australia favoured his case, although the Australian Patent Office is currently appealing that decision.

‘We respectfully disagree with the judgment and plan to appeal it’, Abbott said. ‘We believe listing an AI as an inventor is consistent with both the language and purpose of the Patent Act.’

Brinkema cited cases where the U.S. Court of Appeals for the Federal Circuit, the nation’s highest patent court, rejected the notion that a corporation could be an inventor.

‘The unequivocal statements from the Federal Circuit that “inventors must be natural persons” and “only natural persons can be inventors’ supports the plain meaning of “individual” in the Patent Act,’ the judge ruled.

Artificial Intelligence makes use of a machine to carry out tasks that mimic the work of a human mind but at lightning speed, and could transform a range of sectors, ranging from drug discovery to autonomous cars.

Thaler created a ‘creativity machine’ referred to as DABUS that ‘invented’ a beverage container and a ‘device for attracting enhanced attention’. Abbott and his team filed applications in seventeen jurisdictions across the world listing DABUS as the inventor.

The U.S. Patent and Trademark Office rejected the applications on the grounds of failure to list a person as the inventor, and Thaler appealed to the District Court. The agency has gather opinions from companies and individuals on how to address AI as an invention and also as a possible inventor. They are also seeking input on how patent eligibility affects investment.

The agency that most commenters agreed that artificial intelligence wasn’t advanced enough to the point it could be regarded as an inventor. Congress never even considered the issue when revising the patent system in 2011, according to Kate Gaudry, patent lawyer at Kilpatrick Townsend & Stockton, a firm in Washington who has been keeping tabs on the issue.

She stated that the word ‘individual’ was aimed at being gender-neutral, and referred to the time when law referred to ‘men’ but was changed to include women.

While Brinkema said ‘the law is clear that it needs to be a human, I don’t think the law is clear’, Gaudry said. ‘It’s ambiguous. The wording indicates the legislators were not thinking about this possibility.’

Gaudry said that both parties agreed that if DABUS couldn’t be listed as an inventor, then no patent could be issued. This could have grave consequences as AI advances more.

‘This decision would prohibit protection for AI-generated inventions and it diverges from the findings of the Federal Court of Australia’, Abbott said. ‘This means at present that patent protection is only available for these inventions outside the United States’.

Brinkema rejected Abbott’s arguments which said that allowing patents would create incentives for the betterment of artificial intelligence. She said it was up to Congress, and not the courts.