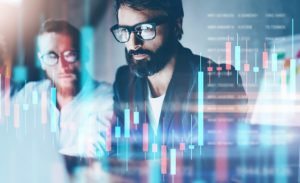 With unemployment at an all-time low as a result of the Great Resignation, many workers now feel empowered to go out and get what they want, including the salaries they think they deserve.

According to a recent study by Bankrate, 55% of Americans said they’ll search for a new job within the next one year. Now, it’s not all about the money.

Companies who want to retain their workers, particularly highly skilled tech workers may have to offer hybrid work and flexible schedules.

According to data from Dice’s 2021 Technologist Sentiment Report, 85% of technologists like hybrid work. 94% of younger technologists (those between ages 18-34) think of a hybrid workplace as desirable, compared to 84% of those aged 35 and above.

However, not all managers like the idea of flexibility. Analyst firm Robert Half recently queried 2,800 senior managers in multiple sectors and found that 22% of them were worried that the hybrid work would interfere with communication of team members. Another 20% feared that the employees wouldn’t ‘get work done’ from home. 19% believed hybrid work would make team development difficult.

This is setting up a conflict between managers and employees. A technologist may want to work from home two or three days in a week, but the manager wants them to come in every day, kicking off a delicate negotiation.

The solution is to explain a hybrid or remote schedule would make a team member happier and more effective, but there has to be room for negotiations.

← Lack of diversity: A cause of the Great Resignation
Judge Rules That Only Humans, not AI Machines Can Get a U.S Patent →