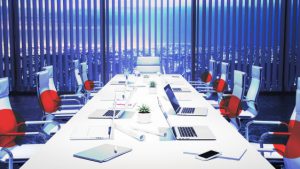 According to Labor Department data, there were over 10 million jobs available in the U.S. at the end of June— a record.

To explain this, experts have referred to what they call the ‘Great Resignation’, where large amounts of people quit their jobs during the pandemic, leaving employers to scramble for new workers. A report from the academic publishing giant Wiley suggests that one of the issues may be the industry’s long-time inability to achieve workplace diversity and equity.

A survey was carried out on 2,030 workers between ages 18-28 in July. The company discovered that half of them say they left a Tech or IT job, or wanted to leave because ‘the company culture made them feel unwelcome or uncomfortable’. This was reported by a higher percentage of women, Asians, Black and Hispanic respondents. 68% of these workers say they felt uncomfortable in a tech role because of ‘their gender/ethnicity/socio-economic background or neurodevelopmental condition’.

‘It’s estimated that U.S. companies collectively are spending more than ever before— about $8 billion a year— on diversity and inclusion training,’ said Todd Zipper, President of Wiley Education Services. ‘This report proves that investment alone isn’t enough to achieve equity in the workplace.’

The tech industry has been facing some scrutiny and backlash in recent years, particularly after the racial justice protests of 2020, where numerous companies promised to do more for Black people. A Fast Company survey of 42 top tech companies revealed that they committed almost $4 billion to DEI efforts after the protests.

Still, many tech companies have faced allegations of racism and misogyny. Google faced massive backlash after firing well-known AI researcher Timnit Gebru, a Black woman. Advocates have claimed that the lack of diversity in AI has contributed to the racial discrimination in facial recognition software and other AI tools. Video game company Activision Blizzard was recently sued by California’s Department of Fair Employment and Housing, on the grounds of sexual harassment and gender discrimination with woman of colour as ‘particularly vulnerable targets’. However, they have denied the allegations.

Generally, the Wiley report revealed that 68% of the businesses it surveyed acknowledged the lack of diversity in their tech departments. It also found that 64% said ‘they believe people from minority backgrounds are discriminated against in the recruitment process for technology jobs’. The report indicates that male survey respondents said they were encouraged into their tech career by their high schools and colleges. Women surveyed were more likely to say they were concerned about their tech job qualifications.

‘With such a persistent lack of gender diversity in the tech industry, and women’s job prospects disproportionately impacted by the pandemic, we must ensure that male and female students are treated equally, right from the beginning of their educations if we are to address these imbalances in the long term’, the report says.

The study suggested that the businesses try recruitment from a more diverse pool, and a greater number of universities. It also recommended mentorship programs for entry-level workers and unconscious bias training, as well as anonymizing resumes and avoiding word choices in job ads that would repel certain candidates.

‘With nine million unfilled jobs currently in the U.S., the economy will continue to struggle as it experiences a labour shortage, especially if companies are ill-equipped to recruit and retain a diverse tech workforce’, said Daniele Grassi, Chief Operating Officer for Mthree, a Wiley unit with focus on employee training. ‘Expanding and diversifying talent pipelines will get great workers in high demand tech jobs faster, benefitting both companies and workers’.