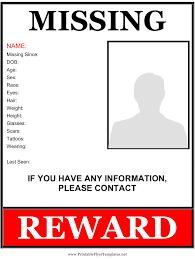 Recently, a team of researchers from the Genomics Service at UPF and the Institute of Evolutionary Biology (IBE) developed a genetic database of 400 Salvadoran individuals which will help accurately identify the remains of missing persons in El Salvador and along the migrant route.

The research team, led by Ferran Casals, worked with the team led by Patricia Vásquez of Asociación Pro-Busqueda, which manages a database of genetic profiles of relatives searching for their children who disappeared during the war.

Eduardo Garcia, Executive Director of Pro-Busqueda states ‘Our association has managed to solve more than 400 cases of children who were given up for adoption in a context of violence. One of our goals is to promote the study of genetics in our country to identify missing persons and thanks to projects like this one, we are achieving it. We start to see results and improvements in justice and democracy, which encourage us and are very necessary.’

‘It has been an innovative project, in which we have developed pioneering applications of the most advanced nucleic acid sequencing technologies in forensic genetics. In addition, exchanges and collaboration with researchers from El Salvador have been hugely stimulating and enriching for all concerned,’ added Casals.

The new database enables identification of people who disappeared in other situations, like migrants who died trying to get to the U.S. It can also be used in any application of forensic genetics, like identifying human remains in criminal cases, or where the recovered DNA is highly degraded.