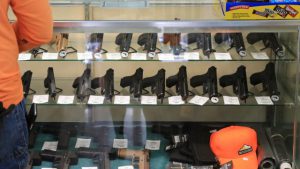 Data shows that every 11 minutes in the United States, a person takes their life, making suicide the leading cause of death in the U.S. Suicide also accounts for most of the gun deaths. 90% of suicide attempts with a firearm are fatal.

Previous research has found that immediately following the acquisition of a handgun, the risk of suicide increases, implying that acquisition may be a risk factor.

Research from the University of California, Davis has suggested that machine learning can predict the likelihood of a gun purchaser committing suicide by studying data on handgun purchasing. Identifying those at risk can help reduce the rate of suicide. This research was conducted by researchers of the Violence Prevention Research Program.

‘While limiting access to firearms among individuals at increased risk for suicide presents a critical opportunity to save lives, accurately identifying those at risk remains a key challenge,’ said Hannah S. Laqueur, the study’s co-author.

The researchers obtained data from the California’s Dealer’s Record of Sale (DROS) database, which contains records on about 5 million handgun transactions. With a Random Forest (RF) classification, they experimented on the ability of the data to forecast those at a higher suicide risk within 12 months of purchase. They also identified the particular factors that could determine his likelihood.

Between 1996 and 2015, almost 2 million individuals, mostly men, completed the purchases. The death record data of California was used to identify suicides by firearms throughout the period of the study.

They found a 0.07% rate of suicide within 12 months of purchase, i.e., 3,278 transactions between 2,614 individuals). They identified about 40 risk factors for suicide by firearms including white race, purchase of a revolver, older age, being a first-time purchaser, and living in close proximity to a seller.

‘The type of firearm purchased was the most important predictor of firearm suicide,’ the researchers said. They also added that the month of purchase was also a factor, because the rates of suicide rose in spring and early summer.

Of the 5% of purchases considered most risky, almost 40% were connected to a purchaser who died by suicide by firearm. Of the transactions with a determined probability score of 0.95 and higher based on the Random Forest classification, 69% were linked to a purchaser who committed suicide within 12 months.

‘This study contributes to the growing evidence that computational methods can aid in the identification of high-risk groups and the development of targeted interventions,’ said Laqueur.

However, additional interventional methods are needed because a lot of firearm suicides also occurred among individuals who were at low risk.

Factoring in the presence of a mental health disorder could help improve the predictive performance of the developed algorithm.

Attempts have been made to help firearm sellers and dealers identify people who are at risk of suicide. The Gun Shop Project develops and distributes various suicide prevention communications to range owners and retailers around the country.