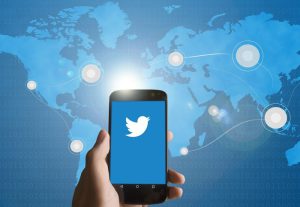 The study was published in the Journal of Computational Social Science. It illustrates how social media could be vital in making more socially-driven and informed decisions that could assist disaster management teams detect areas in immediate danger.

Wildfires and their season length have become more intense as a result of climate change, providing more danger to the global population. To reduce the negative impact of wildfires, computational models which attempt to understand and forecast the evolution of these wildfires were created.

‘Social media is becoming increasingly important as a source of information and this work tries to make sense of it within the context of wildfires. I hope this research will eventually make computational models more socially conscious, and therefore useful for disaster management teams,’ said Jake Lever, the study’s lead author.

The widespread use of social media in recent times has allowed the creation of a huge amount of unprocessed, publicly available data illustrating the experiences and opinions of people in real-time. Social media users act as ‘human sensors’ when they detect and documents these events on social media as they happen.

Social media data is increasingly being used by scientists for the investigation, modelling and reduction of natural disasters. Social media has helped create disaster management applications from a humanitarian viewpoint that aid agencies are now employing around the world.

Presently, customary techniques of detecting and predicting wildfires mostly rely on geophysical sensors like remote sensing or satellite data. This however fails to accurately depict current wildfire information because it depends on long simulations. It also doesn’t consider additional social factors such as evacuation orders, blocked roads and downed powerlines.

‘Instead of having a network of cameras or climate sensors to track a wildfire, you can use a network of social media users or “human sensors” posting information about a disaster in real-time.’

‘It’s easier, cheaper, and quicker as you don’t have to go out and place a network of sensors and you can do it straight away from almost anywhere in the world.’

Through the combination of historical satellite data and Twitter data, the team created ‘Sentimental Wildfire’, a machine learning model trained with both physics and social wildfire data using a Sentimental Analysis.

Sentimental Analysis is a method of examining subjective or emotional content in text. It could be used to help identify displaced people or communities, analyze the levels of destruction in rural areas, and overall enhance disaster management and alleviation.

Past research indicates that most regions with a lower social sentiment (or higher subjective or emotional content) associate with a perceived disaster severity in that area.

In the study, the model was tested with two 2016 datasets from Australia and the U.S. Their findings revealed that social media could be an accurate predictor of wildfire activity, and the numerical algorithms and methods used in the study could be used for other natural disaster events in the near future.

The study is a ‘proof-of-concept’ for the wildfire prediction socio-physical model created by Imperial’s Data Learning Group.

‘The Data Learning Group at the DSI focuses on developing fundamental models for AI that are applied to different real-world applications, from air pollution to wildfires, economic models, social sciences and medicine.’

In the future, the team hopes to study how dis- and misinformation on social media can be taken care of through the creation of a rigorous verification process that allows the extraction of the most accurate and meaningful information in natural disaster events.

Additionally, the combination of data from numerous social media platforms could help overcome the bias of using only one platform.