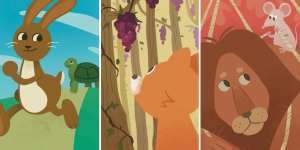 Researchers at the USC Information Sciences Institute (ISI) are attempting to extend the thought process of analogical reasoning to machines.

They presented a novel paper titled ‘Understanding Narratives through Dimensions of Analogy’ at the International Joint Conference on Artificial Intelligence on July 23rd, which discusses how artificial intelligence is taught to make creative analogies through fables.

‘People working in AI have been trying to get the same level of reasoning that humans have into AI systems, and it is a really hard challenge trying to mimic the analogical reasoning humans take for granted,’ said Jay Pujara, research led and research assistant professor at the USC Viterbi School of Engineering.

Currently, the most prominent paradigm in AI is the concept of machine learning which applies existing knowledge to new situations. Machine learning however is unable to support analogical reasoning, creating a significant challenge for the scholars and researchers. This is primarily because analogical reasoning depends on relational thinking; the way humans decipher meaningful connections between situations that do not have obvious similarities.

For instance, although there are obvious differences between winter and summer, one can reasonably come to the conclusion that the statement ‘The sun is to summer as the snow is to winter’ is an analogous pair. Basically, analogical reasoning integrates varied concepts, allowing the extraction of meaning from the numerous stimuli experienced daily. Thus, we are able to make creative connections between novel and existing situations.

Because of the lack of analogical reasoning mechanisms in AI models, they have difficulties in comprehending generalizations about novel stimuli. Technology with the capacity of analogical reasoning would allow AIs examine the importance and meaning of language which has multiple meanings in the real-world. An AI with conversational and interpretive abilities similar to those of humans could teach students novel concepts on even create new products based on data obtained from consumer marketing. These AIs could be very useful to the society by reducing traffic through the analysis of the limitations of current infrastructures to generate enhanced freeway models.

Previous research hasn’t had much success in creating AI with the ability to draw analogies. The USC team resolved this challenge by experimenting with various methods to train AIs to understand the analogies in Aesop’s fables— a collection of simple short stories that attempt to convey moral principles. With Natural Language Processing (NLP) methods, they examined the fables to generate story pairs based on the semantic and lexical similarities or the meaning and words in the text.

‘We chose short stories with a moral purpose because often you find multiple fables with the same moral purpose and message at the end but are told in very different ways. So that means there is a semantic meaning of a fable, which is very different from the surface form it takes, and humans can see those links,’ said Pujara.

Humans easily recognize the similar theme of greed in stories about a stealing fox and a hoarding merchant, but AIs find it challenging to identify such analogies.

‘Although the techniques we developed could be used to build analogical frameworks, the recent advancements on NLP are still not enough to reach human-level accuracies,’ explained Thiloshon Nagarajah, study co-author and Masters’ student in Computer Science. The team were successful in cataloguing the various ways humans comprehend analogies, which makes the creation of AI with analogical reasoning capabilities much more possible.

Another finding of the study revealed that the researchers had to engage each other to determine if the specific stories constituted an analogical pair. This suggested that analogical reasoning is more interpretive and subjective than originally thought, which ‘points to the fact that there are other phenomena that have not been fully explored in this paper,’ said Filip Ilievski, co-author and research assistant professor.

One of such phenomena is the impact of past knowledge on tasks regarding analogical reasoning. When an individual comes across a new situations, they make use of their personal experiences to connect the unknown to the known. Every person has a special reservoir of skills and knowledge, so analogical reasoning differs from person to person. Ilievski suggested that through the analysis of the qualities of human analogical reasoning, variations can be executed to enhance the design of AI technology.

The use of such AI technology can potentially enhance public policy, art, urban design and education.