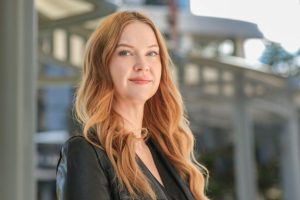 Recent studies have found that parents who more frequently post pictures of their kids on social media tend to have more confident and permissive parenting styles. They also engage their kids with social media at younger ages.

These parents share posts on more public networks, which is a concern for privacy and safety. The findings also show that these parents don’t see much difference in sharing their kids’ photos and regular photo sharing. They almost never ask their young children for their input.

‘There is no doubt that many parents are very careful regarding what they share online about their children,’ said Mary Jean Amon, Assistant Professor in the School of Modeling, Simulation, and Training (SMST). She is also one of the researchers in the study. ‘And there are significant benefits to sharing photos with grandparents and groups who can offer support and help keep families connected. But we need to be aware of some of the privacy issues when sharing children’s information online and conduct further research to figure out long-term impacts. This is all still so new. We’re still learning.’

The researchers from UCF and Indiana University Bloomington conducted a survey on 493 parents of kids under 10 who are regular social media users.

‘We were interested in looking at what parents consider private when it comes to sharing young children’s information online and the perceived risks,’ said Amon. ‘We were surprised. Contrary to previous research that highlights the significant benefits of parental sharing, our study reveals that such sharing of children’s photos is associated with permissive parenting styles. That means parental sharing is linked to those parents having more friend-like relationships with their children and offering less guidance than other parents. Notably, permissive parenting has been linked to problematic internet usage among children.’

The findings from the research team suggested that parents do not see a strong difference in sharing pictures of their children and general picture sharing on social media. Thus, they may underestimate the special risks of sharing their kids’ pictures online and exposing the kids to social media at too early an age.

The study also discovered that most parents felt comfortable sharing their photos and their photos being reshared by others. They also felt relatively comfortable with other adults sharing their kid’s photos, with the anticipation that the child would enjoy the pictures that are posted, rather than be embarrassed by them.

While the Children’s Online Privacy Act provides many rules to protect children, the data shows that numerous children are exposed to social media at very early ages. Social media platforms have a general minimum age for users set at 13, but it is not uncommon to see kids younger than that with their own Tiktok accounts or YouTube channels, because there is no verification system. One-third of parents with kids aged 7-9 stated that the children used social media through their phones or tablets. The same was reported by about half the parents with kids aged 10-12.

During the survey, the team asked how frequently a parent posted their kids’ photos and their own social media activity. They also made inquiries into the kids’ social media interest and behavior, and how the parents decided on posting pictures of their children. Favoring Facebook, Instagram and Twitter in that order, participants also had accounts on Snapchat, Pinterest, Tiktok, Myspace and Flickr.

This study brings into the limelight important questions about the privacy, safety and comfort of young children as they are exposed to social media.

‘There are broader questions about children’s privacy in social media, where a central question remains as to how much autonomy and control children, including children of different ages, should have over their photos and information online,’ Amon said.

The research team is conducting further research on the link between parental sharing and effects on children.