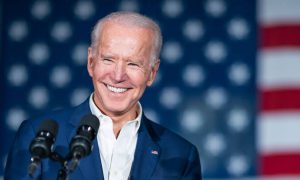 The order consists of a 100-day review of essential products including semiconductors and some advanced batteries used in electric vehicles, followed by a wider, long-term review of six sectors in the economy. The long-term review will make provisions for policy recommendations to make supply chains stronger with the aim of swift implementation of the proposals, said Biden at a press event on Wednesday prior to his signing of the order.

This action is a reply to the warnings from industry leaders and bipartisan members of Congress about the possible repercussions of the shortages. Its household name ‘chips’, semiconductors are used to power electronic devices including phones, vehicles and even some medical machinery. According to Senate Majority Leader Chuck Schumer, D-N.Y., ‘Semiconductor manufacturing is a dangerous weak spot in our economy and in our national security.’

Biden described his meeting with a bipartisan group of lawmakers to discuss the shortage as ‘very productive’. He gave accolades to the meeting’s cooperative nature saying, ‘It’s like the old days, people actually were on the same page.’

The semiconductor supply chain was affected early in the COVID-19 pandemic, since most of the world’s chips are manufactured in China and Taiwan. The global pandemic created problems for the U.S’ reliance on international supply chains, including the semiconductor industry. According to the Semiconductor Industry Association—a coalition backed by several chipmakers—, the overall percentage of the U.S. semiconductor manufacturing industry makes up about 12.5%.

The shortage has already had consequences on some companies. Earlier this month, Ford said that decreased estimates from suppliers could lead to the loss of up to 20% of its expected first-quarter production. General Motors said it would have to extend downtime at several production plants as a result of the shortage and would ‘re-assess in mid-March’. Ahead of the executive order announcement on Wednesday, GM CFO Paul Jacobson said the worst part of the shortage may have already come to an end.

Last week, several associations consisting of the SIA, the Advanced Medical Technology Association and the Motor & Equipment Manufacturers Association and some others penned a letter suggesting that the U.S. should incentivize new semiconductor manufacturing plants to be established in the country to provide competition for the industries of other nations invested in chip production.