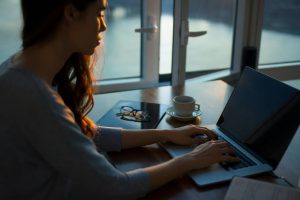 Despite advances in family-leave offerings and men taking on a more active role in parenting, females in academia still experience about a 20% reduction in productivity after having a baby, while their male counterparts generally do not, according to recent CU Boulder research.

The study published in the Science Advances journal suggests that differences in parenting roles are the main reasons why men publish more research papers than women. As a result of publishing’s link to promotion, this gender-gap could have adverse effects on academic in the long run.

The researchers found that although parenting leave is essential for women seeking faculty positions, 43% of institutions do not make it available.

‘Gender differences around parenthood are still driving decreases in women’s productivity, and while leave policies are very important for women in choosing their jobs, they are often either missing or incredibly hard to navigate’, said lead author Allison Morgan, PhD candidate in the Department of Science.

The study comes just as women across various states in the U.S. are reducing their work hours or leaving the workforce entirely as a result of increased childcare responsibilities amid the pandemic. In higher education, research has shown that the professional lives of women have taken more of a hit by COVID-19.

Although it was conducted before the pandemic, the study makes the reason behind this clearer.

‘This study shows that the vast part of the productivity gap between men and women is caused by parenthood and the associated duties, which are for natural and social reasons much larger for women than for men’, said coauthor Mirta Galesic, Professor at the Santa Fe Institute. ‘But it also shows that this parenthood penalty has been shrinking as mothers are becoming more productive.’

For the purpose of the study, over 3,000 faculties in Computer Science, History and Business departments at 450 universities were surveyed in the United States and Canada in 2018. Data on publishing rates and institutions’ leave policies were also gathered.

They discovered that 80% of faculty have children. Men in academia are more likely to have children than their female counterparts, suggesting that some mothers opt out of careers in higher education to focus on their children.

Generally, women usually have kids at 26 on average, and men at 31. However, faculty members often wait longer, having children at an average age of 33. The researchers found that academics who double as parents tend to publish more than non-parents, and fathers publish more than mothers.

The productivity gap between fathers and mothers, though narrowed, still exists.

Mothers produce about three-quarters the number of papers fathers do in their early careers. Most of the gap in productivity comes almost immediately after the baby is born, with woman producing 20% lesser papers than expected in the years following childbirth.

Although the results were mixed, men didn’t show a similar decline subsequent to becoming new fathers.

‘As an academic, your life as a young parent becomes structured around finding childcare for kids, and that burden disproportionally falls on women’, said senior author Aaron Clauset, Associate Professor of Computer Science at CU Boulder’s BioFrontiers Institute.

Closing the gap will be no easy task. Among Computer Science faculty, in the decade following the birth of their child, mothers produce an average 17.6 lesser papers than men. Closing or at least narrowing this gap would take no less than 5 years of work.

The authors wrote that all this matters because publishing is an important factor in the consideration of people who gets promotions and tenure. Morgan noted that those scholars will be the teachers of the next generation, and shaping key public policies.

She and her colleagues found that fathers in academia were taking bold steps. Before 2000, only 39% of men eligible to take parental leave took it. Presently, over two-thirds do.

More institutions are increasingly offering gender-neutral family-leave policies, assisting women because they are more likely than men to be married to another faculty member.

‘Any policy that can entice fathers to be more involved in parenting is likely to reduce this gender productivity gap’, said Clauset, father of three who has utilized parental leave.

The authors note that because higher education is more flexible as to workplace location and workhours, other industries probably have a greater gender gap as regarding how parenthood affects productivity.

‘I very much hope this research helps highlight the immense importance of increasing support for parents in academia, through gender-neutral parental policies, flexible working arrangements, and accessible and affordable child care’, said Galesic.