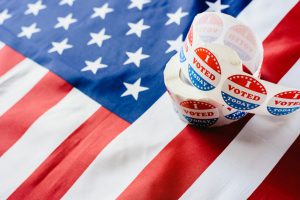 The use of technology in electronic voting for elections has been a constantly discussed topic for years. It has the potential to reduce the stress associated with manual voting and collate results faster and more accurately. However, it is not without its own problems.

The webinar included well-known experts from various parts of the country, with its host as the Association for Computing Machinery’s U.S. Technology Policy Committee.

A controversial topic discussed there was the issue of online voting. A merit of online voting is that it can make the process easier and more accessible to physically-challenged individuals, as well as count the ballots quicker.

A problem of online voting however is that there is the possibility of it leading to the leakage of private information of the voters and who they voted for during the elections.

‘If I buy a book from Amazon, I want Amazon to know who I am and what book I’m buying. However, if I’m going to cast a ballot, I don’t want election officials to know what my vote is and who I am’, said Barbara Simons, Chair of Verified Voting’s Board of Directors. ‘So although it may seem like a minor distinction, it’s huge when it comes to making what we do so much more difficult and complicated’.

In addressing this challenge, the adviser to the Election Security Team at the Brennan Center for Justice, Edgardo Cortés, said that federal and state governments need more efficient frameworks to ensure the security of voting machines and supervise the overall voting process.

Another eye-raising area is the area of verification of authenticity of votes.

‘I’m concerned about being able to verify the authenticity of the votes’, said Andrew Grosso, ex-former assistant U.S. attorney. ‘We have that problem in states that are not using hard copies in order to be able to verify in an audit that the votes are legitimate’.

‘We need to explain to the people just how votes are counted and let them observe it in real time if necessary so that they know that things that appear to be inappropriate are actually not, and they can have confidence in the final outcome’.

Regarding the role of biometrics, Grosso stated that novel technology could either substitute or improve the sluggish process of using signatures to verify the identities of voters. This process may include making use of fingerprints or other physical features to verify their identities.

Technology could assist in making the voting process more transparent, and thus more accountable to the public. Simons referred to tools like ‘Verifier’, a map which displays the kind of technology being used in the country, as a likely solution. The maps provides users with information about the kinds of voting machines being used at the state and county level, as well as electronic poll books.

Additionally, statistics can be used to confirm the information from ballot scanners and identify any problem.

As for other efforts regarding security of the election, a panelist suggested the implementation of proactive laws in addition to biometric technology for the verification of the identities of voters.

‘I think we need to have state laws that are proactive in anticipating that we’re going to have crises so that we don’t have crises so that we don’t have the court system, coming in at the last minute or even after the election, trying to allow the purpose of an election to be fulfilled’, Grosso said. ‘The federal government can’t tell a state how to conduct an election, but it can produce model laws that the rest of the states can use’.